The Art of Confrontation 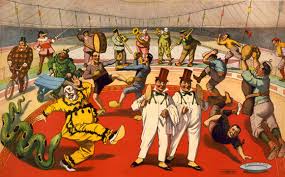 Confrontation is probably the most avoided behavior for leaders. Those who enjoy confrontation are probably not in any significant leadership position, unless it’s a self-appointed, self-employed position where they enjoy barking at others.

For most of us, confrontation doesn't come naturally. It's difficult, and our lack of experience with it adds to the difficulty. I heard of a boss who used to purposely slam his fingers in his desk drawer to inspire himself to manage a difficult issue with an employee. It took a bigger pain to compel him to deal with a confrontational issue.

I’m using the word ‘employee’ but it could be church member, team member, partner, spouse, sibling, or any relationship where performance or behavior gets in the way of fulfilling the mission.

Often we ignore behavior until it’s evolved into something big enough to make us mad, and then our reaction isn’t pretty or as controlled as we would want for it to be. We can be more effective leaders if we would deal with issues when they are embryos rather than waiting until they are grandpas--crusty, old, and mean grandpas.  Ignoring undesirable performance or behavior in one seems to license another to unleash their pet behaviors—then you end up with circus no one wants to attend.

If you deal with it in the embryonic stage, you have a better chance of saving that person, but once they become grandpas in their behaviors they've already gathered so much junk on themselves that extricating them from it almost becomes impossible and a relationship will most usually be burned by that time.

The path towards positive experiences in confrontation really begins with us. We need to have set within ourselves the vision and mission we have as leaders. We need to know that if we allow behaviors to detract and distract from that mission we are failing not just ourselves, but the organization we are leading. By ignoring destructive behaviors we are   showing that we don't value the mission and that we fail to be stewards in facilitating that mission successfully.

By bringing correction early, you are bringing the person you are correcting into a place to where they can experience a successful turnaround and become effective in their work and relationships. Approach them from a position of favor because you are doing them a favor.  The fact that you seek to correct behavior shows that there is enough value in this employee worth the effort of explaining and expecting changes in behavior or performance.

Before you get all mad and jump all over someone, seek first to understand. Try to find out their motivation. Try to find out the ‘why’ for what they did or are doing. Knowing this could possibly change your whole approach to the confrontation and if nothing else, it might help you understand their situation better. Having this information might help the whole visit.

People who are being confronted will hopefully respond well, but occasionally they may respond with deflection. Don't get caught up in it, because it's easy to do so. Deflection is a response that serves to take the pain of the confrontation and direct it someplace else. They might say things like, "Well, JoJo is always late and they said they don't like the way you tell everyone to..." this ploy will distract you with their goal of creating a perception that they really aren’t all that bad. In fact, the artful deflector, if allowed to run, can turn the table totally around to where you feel guilty for confronting an ‘ideal’ employee who is really your friend. Stay focused on their behavior; ignore the deflection with, “we are here to discuss your behavior today.”

If you don’t like confrontation and tend to avoid it, you are in good company. In varying degrees, it’s difficult for all managers. But, the more experience you gain in managing it, the more confidence you will have in addressing it. Most confrontational episodes result in better performance, deeper respect, and greater appreciation for you as the manager.

Once satisfactory performance is achieved, encourage it with recognition. Appreciate them for the efforts they have made in improving their performance and tie it to the mission so they will feel that they are an integral part of what the organization does.

What other successful confrontational tips do you have?

Topic: The Art of Confrontation